These top 10 Jack Russell facts may not come as a surprise to veteran Jack Russell owners. These cheeky little chaps have big personalities and traits known all too well to every JR owner. But a few of these fun fact’s about Jack Russell’s might just surprise you. So for all of the Jack Russell information and facts your heart could possibly desire, read on. 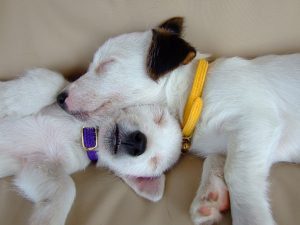 Jack Russell’s are notoriously nosey, they are very intelligent and will follow you around all day. From gardening to taking out the bins, they want to be heavily involved in whatever it is you are doing. Even if it is just going to the bathroom…

They can jump, really high. Jack Russell’s are made for running up tree trunks in pursuit of squirrels and other cute and terrified animals. They have strong back legs and can leap over any fence or gate you thought would be ample big enough to keep them in!

They have flat backs, especially in later years, from upside down naps and rolling around on squashed toads. The flat back serves as a strong base, needed for the inordinate amount of tail wagging every-time you step in the front door. 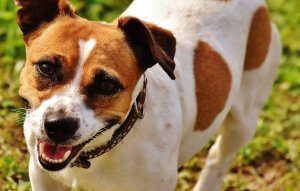 They shed hair, a lot. Although they don’t need a lot of bathing, sometimes washing a JR after various ‘incidents’ (see squashed toad above) can cause dry skin and excessive malting. A pet vacuum can be one of the best purchases for a Jack Russell owner.

They have big personalities. JR’s think that the world revolves around them, and well generally it does, but they can get possessive and nippy if they think they’re the alpha. They need to know their place in the family, through positive reinforcement and easy training Jack Russell’s can be great family dogs and excel at tricks and even agility.

They have great claws made for digging. JR’s love nothing more than digging a big ol’ hole. Though it can sometimes be dangerous to encourage them to explore holes (due to lurking badgers), digging is a great way to let off steam. JR’s need a lot of exercise; digging, swimming, walking, running, playing tug, chasing squirrels, jumping around, you name it anything to release all of that happy energy. A bored Russell is a grumpy (and often yappy) Russell, the key to stop a Jack Russell barking is to keep them busy. Get some indestructible toys or a lick mat to distract them from barking. Dog Chews are a UK based family run business dedicated to supplying the best toys, accessories and products for your pooch. They even donate some of their proceeds to the Battersea Dogs and Cats Home.

Jack Russell’s are working dogs, originally bred for fox hunting, they are great for pest control. But it can be hard to keep Jack Russell’s with other small pets (like chickens) due to their hunting instincts. Find out more Jack Russell terrier info here. 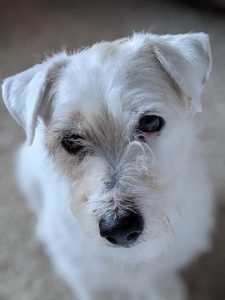 The Jack Russell was named after Reverend John Russell who first created the breed from a white-coated Fox Terrier. They can have three different types of coat; smooth, rough or broken usually with a mix of white, black and tan. Shorties are the most well known short-legged dogs with stocky legs and bowed elbows. Long-legged Jack Russell’s are less common, they are usually Parson Russell Terriers.

Most Jack Russell’s are descended from a bitch called Trump (no politics on this site!).

A Jack Russell named Bothy made history in 1982 as part of the Transglobe Expedition. Owned by explorer Ranulph Fiennes, he became the first and only dog to travel to both the North and South Poles.

Many JR’s have a bit of ‘little dog syndrome’, meaning they think they can take on every Doberman sized dog that looks their way. Although this can be an issue when off the lead, it’s easy to overcome with enough socialisation and patience.

Jack Russell’s make great TV and film personalities due to their intelligence and overall cuteness. Two notable JR’s are Eddie, from long running US sitcom Fraiser and Milo, Jim Carrey’s budding sidekick in the mask.

Make sure to sign up now to keep up to date with all the Jack Russell goings on. Get great offers and discounts only available to subscribers.

Don’t worry we never spam or clutter up your inbox. You can unsubscribe at any time.

We use cookies to ensure that we give you the best experience on our website. If you continue to use this site we will assume that you are happy with it.Ok